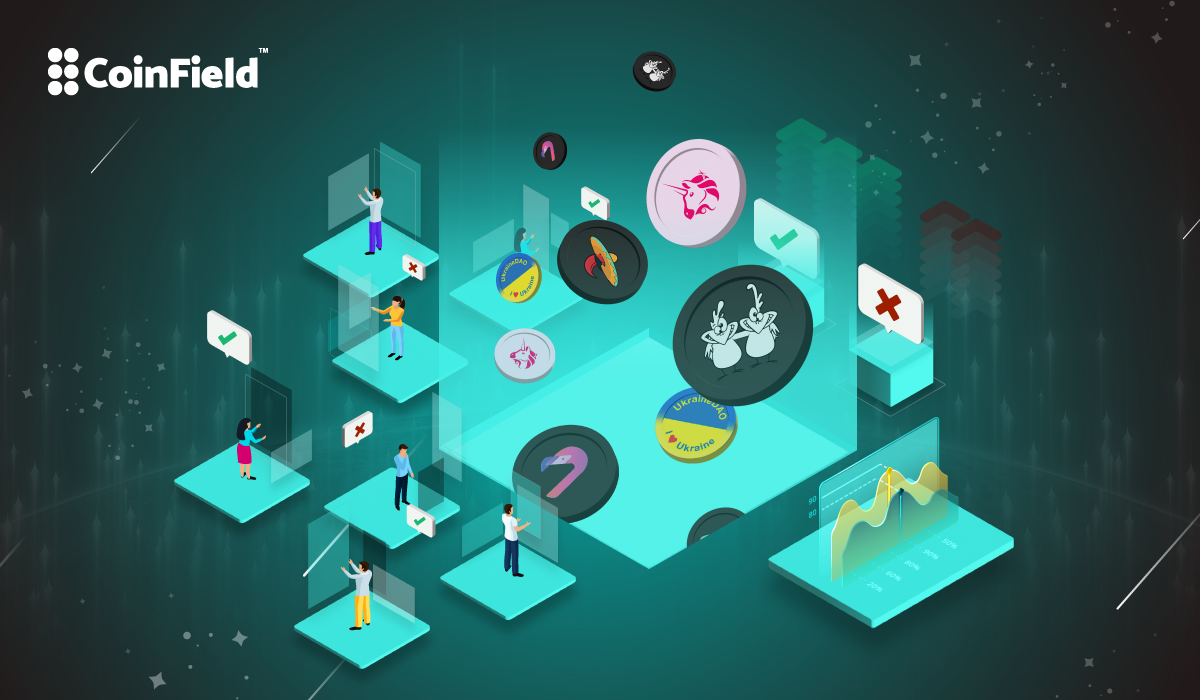 Like most things in the crypto world, a Decentralized Autonomous Organization or DAO is also a novel, self-sustaining unit. It is possible that you might have heard about DAO or the significance it holds in the quest for autonomy over organizational decisions. If you haven’t, don’t be disheartened. After all, DAOs came around only about 6 years ago. Let us dig deeper into what exactly is a DAO, how they work and how they make a profit.

A Decentralized Autonomous Organization used in the context of cryptocurrencies or crypto DAO is basically a blockchain-based organization which is collectively owned or controlled by its members. They have built-in resources which no one can access without the group’s permission. All implementations are made by following a voting process which is fair and has been agreed upon by all members.

How are DAOs different from any traditional organization? Imagine if you have a difficult boss, but his say is the final one in any decision making process. This makes the organization’s decisions centered around one person’s wishes. Essentially, such organizations cannot be called autonomous. DAOs allow people to work with like-minded folks around the world, without having one single boss or leader who has control over decisions and funds. There are no CEOs in this setup, who can spend the funds as they wish and no CFOs who can manipulate the accounts if they wish. The grounds are leveled and only technology takes the front seat with blockchain-based rules baked into the code that define how the organization works. Every new implementation, and spending of funds, is decided mutually.

What is the Purpose of a Crypto DAO?

When an organization is formed, the members need to have a lot of trust within each other. It is not usually easy, when human tendencies weigh-in. With the internet taking over things, you might be in an organization which works with a number of people spread across the world. With DAOs, since the rules are already made, you don’t need to trust people but just the code. The tech is transparent and verifiable by anyone, anywhere in the world. Such a system opens up opportunities for better global cooperation without the need of hefty rulebooks and paperworks.

If we compare it to a traditional organization, the need of a DAO is easily understood. The manipulation of votes, or centralizing of decisions to a designated individual creates distrust. DAO then, is more democratic than any traditional organization. For example, we can also think of collective ownership of resources. Once a physical or digital asset is purchased, members of the DAO can vote on how the asset is to be used.

How Does DAO Work?

One important functionality that came into the cryptocurrency sphere, is the introduction of smart contracts with the Ethereum blockchain. If you know how smart contracts work, it becomes easier to understand how the rules of the DAO work. These rules are pre-decided by the core team of the community or the founding members through smart contracts. The foundational framework is visible and verifiable. It is also publicly auditable so anyone can understand the framework and protocol before joining in as a member.

Now that the rules are formed and written down into the code, let’s tackle the matter of funding. In a crypto DAO, this is done by token issuance. The protocol sells tokens to fill the treasury. In return for their fiat, DAO holders get voting rights proportional to their holdings.

DAOs are digital natives and a great drivers of autonomy which the Web 3.0 technology is all about. Especially in the NFT space, the role of DAOs becomes very clear. NFT DAOs can be formulated when a community of creators comes together to form a group via communication over social media for example and then goes ahead to solidify their agreement with the formation of a smart contract. They can pool funds, etc and steer their project in any direction. This is all possible with a web 3 crypto DAO project.

Benefits and Limitations of DAO

It is easy to see how a DAO is beneficial for individuals who are looking to form a community.

Let us explore the benefits first:

Some limitations of the DAOs are:

How Does a DAO Make Money?

DAOs usually raise money by trading their native token against fiat money. Many such tokens are listed on cryptocurrency exchanges as well. For example, Uniswap’s native token UNI is available to trade on exchanges. This token also represents ownership rights proportional to the amount owned, and also gives voting rights to its owners. The value of their native token appreciates over time depending on the success of the DAO’s operations.

Decentralized Autonomous Organizations are a futuristic vehicle to bring about complete autonomy and transparency in business functions. For Web 3.0 to be successful, the role of DAOs is undeniable. Even though the concept came around only as late as 2016, it is catching popularity fast and the many fields of implementations are being looked into. DAOs definitely broaden the scope of the way crypto and NFTs work and thus are an interesting area of development.