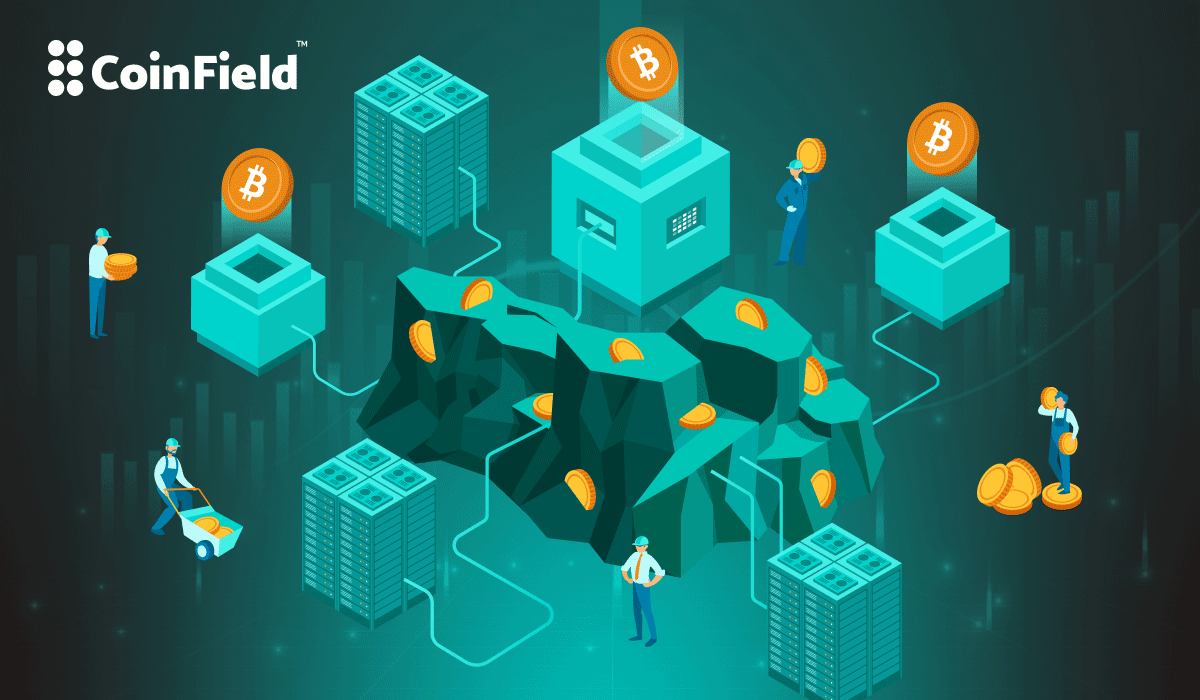 In 2022, Bitcoin mining is still profitable, but many miners have had to close their operations due to the high cost of electricity and the crypto bull market. However, a recent study discovered that there is still an estimated $20 million bitcoin mint daily.

This article will teach you how to make money through cryptocurrency mining and the necessary hardware and software. Furthermore, you will learn how to calculate profits and understand whether crypto mining harms the environment.

Miners must validate blocks of transactions updated on the decentralized blockchain ledger, solve complex cryptographic hash puzzles with powerful computing power, and prevent the network from double-spending on the blockchain ledger as part of the mining process. As a result, the miners receive a new coin. Meanwhile, new coins are created to compensate miners for their contributions to network security; they are also rewarded for participating in transaction validation, which increases their chances of winning newly minted coins.

How Does Bitcoin Mining Work?

Blockchain is a peer-to-peer network praised for its security and transparency. All records and transactions are unchangeable. A block is the smallest unit of the blockchain and serves as a container for transaction data. Each block has four primary attributes.

The previous hash is the attribute that stores the value of the last block’s hash, which is used to connect the blocks.

A public distributed ledger, also known as data, is a record of all transactions maintained in the blockchain network worldwide. Crypto users validate transactions on the network.

The hash value results from running the hash value, the data, and the nonce through the SHA-256 algorithm( for bitcoin mining). It serves as the digital signature for the block. The digital signature of the block is provided by the SHA-256 algorithm (Bitcoin, Bitcoin Cash, and Satoshi Vision). SHA-256 ensures the security of the blocks, and the blockchain employs a hash function to prevent unauthorized access.

Technical knowledge is required to calculate the profit generated by the Bitcoin mining process. The cost of the GPU or AISC hardware, the amount of electricity consumed, and the effectiveness of the mining software determine the actual Bitcoin profit and the real money made.

Bitcoin mining was previously started with GPUs and simple AI Algorithms, making it profitable and less expensive; however, bitcoin mining profitability has decreased in recent years compared to previous years due to rising electricity costs, more expensive hardware, increased difficulty in mining due to increased competition, and a drop in Bitcoin prices. Bitcoin miners do so primarily for financial gain but for some enjoyable experimenting with this new technology. To determine the crypto mining profit, you will need to examine the amount of electricity spent for mining Bitcoin and its current market value ,and that is a primary step to calculate. Comparing the cost and values will reveal the amount of profit earned.

Tips! It is best to select the coin you wish to mine and use it in the calculation.

Consider the case where you want to mine Bitcoin. In that case, you’ll need to understand the capabilities of the bitcoin mining machine you choose, then calculate how many bitcoins you earn in a given amount of time before multiplying the current exchange rate per bitcoin by the amount of bitcoin generated per day minus the cost of electricity and hardware.

Some websites can estimate how much you can generate using specific hardware. NiceHash’s operators have created an informative website that allows you to input your mining hardware and receive return estimates based on users’ equipment in their pool. This tool will assist you in determining whether you will generate enough revenue from your hardware to pay for it and continue earning, as well as how long it will take. To maximize Bitcoin mining profitability, please consider the following factors.

Power Costs: The cost of electricity varies according to the season. Electricity is used not only to mine Bitcoins but also to keep them cool and prevent them from overheating.

Time: Mining does not have a time limit; many miners mine around the clock because they can afford the mining costs.

Bitcoin price: the Bitcoin value fluctuations can be tracked, affecting your Bitcoin profit and return on investment.

Efficiency: Mining can be difficult due to slow computers, low voltage, or any other factor affecting efficiency.

Mining had to have been a lot easier in the beginning. Mining was left to hobbyists on a discovery path because bitcoin and the blockchain concept were still relatively new.

As bitcoin continues to gain popularity, it has piqued the interest of investors, miners, and businesses to use cryptocurrency for payment to exchange goods and services.

Graphics processing unit (GPU), and application-specific integrated circuit (ASIC), are most common. Two factors must be considered when purchasing mining hardware: hash rate (performance) and electricity consumption. To achieve mining efficiency — you need a GPU with a high hash rate while using as little power as possible. The highest recommendation for GPU NVIDIA GeForce RTX 3090 is a great GPU for gaming and also great for crypto mining. At the time of writing this article, the cost per unit is $1,720.

A wallet to access the blockchain transaction ledger and hold a user’s digital keys and credentials. The wallet is where you will keep any Bitcoin you earn due to your mining efforts. A good wallet allows you to store, send, and receive Bitcoin or other cryptocurrencies. You can choose hot or cold wallets to store your coins, such as Exodus Ledger and Trezor, and each wallet has a unique number called an address. And it’s also referred to as a “public key”, which is similar to an IBAN, a unique account number of your bank account, that facilitates transactions between parties, allowing users to receive cryptocurrencies in their accounts.

Most mining today is done via a mining pool, which distributes resources and rewards across a network. To choose a mining pool, you must first research the various types of pools, payment or reward distribution methods, fees, payment thresholds, and hash rates. Selecting the cryptocurrency you prefer to mine and researching its profitability is a must.

The main advantage is that when mining together, you combine hash rates with other people to form a larger total that is more likely to win a block and, thus, more rewards than when mining alone. Find the list of bitcoin mining pools currently available on the market from investorpedia.com here.

Tips! Each mining pool has its own hardware requirements, either an ASIC miner or a GPU, and to start, you can choose GPU when you have a lower capital.

Can Crypto Mining Make You a Millionaire?

Because of the value of cryptocurrency, mining crypto is exceptionally competitive. It was possible to mine several coins per year in the early days of cryptocurrency. Still, mining difficulty and competitiveness have increased so much that it is now profitable only for those who can afford large-scale mining. The average home miner will undoubtedly be able to make some money, but they will need efficient mining hardware and low-cost electricity.

How Does Crypto Mining Affect the Environment?

There is no simple way to calculate the amount of energy consumed by Bitcoin and other cryptocurrencies mining, and calculating the carbon footprint of cryptocurrency is even more difficult.

Currently, fossil fuels are the most common energy source in most crypto-mining countries, and the validation process is energy-intensive and competitive, leading people to believe that it is not environmentally friendly. However, according to a recent article published by bitcoinist.com, Michael Saylor’s survey claimed that BTC mining consumes less than 0.1% of global energy consumption, which is approximately 247 TWh, which is very small when compared to other industries likes the construction and finance and insurance sectors consume around 9,000 TWh, the aviation industry 4,000 TWh, and the military-industrial complex around 7,000 TWh.

Although the topic of Bitcoin mining energy consumption is still in its early stages of discussion, if miners use renewable energy as primary sources, such as wind and solar energy, it will be the world’s most cost-effective and sustainable industry in the world.

Becoming acquainted with the mining process when you first begin is critical. To start a crypto mining operation, a cryptocurrency wallet, mining software, and hardware are required. The necessary equipment can be quite expensive, but the more you pay for it, the more profitable it can be. By sharing the workload and having faster-combined hash rates, mining pools can help you increase your profits. Before you begin, consider the costs in relation to the time it will take to recover the cost of your expenses. Mining may be unprofitable in the long run if you never recoup your initial investment.

Because crypto mining is not for everyone, you can choose to trade bitcoin and other cryptocurrencies as a day trader and profit when the market is green; this method is relatively simple when compared to crypto mining since miners will need to understand the technical part and have a large amount of cash to purchase mining equipment.

Begin your cryptocurrency trading journey with CoinField and open a FREE account today!