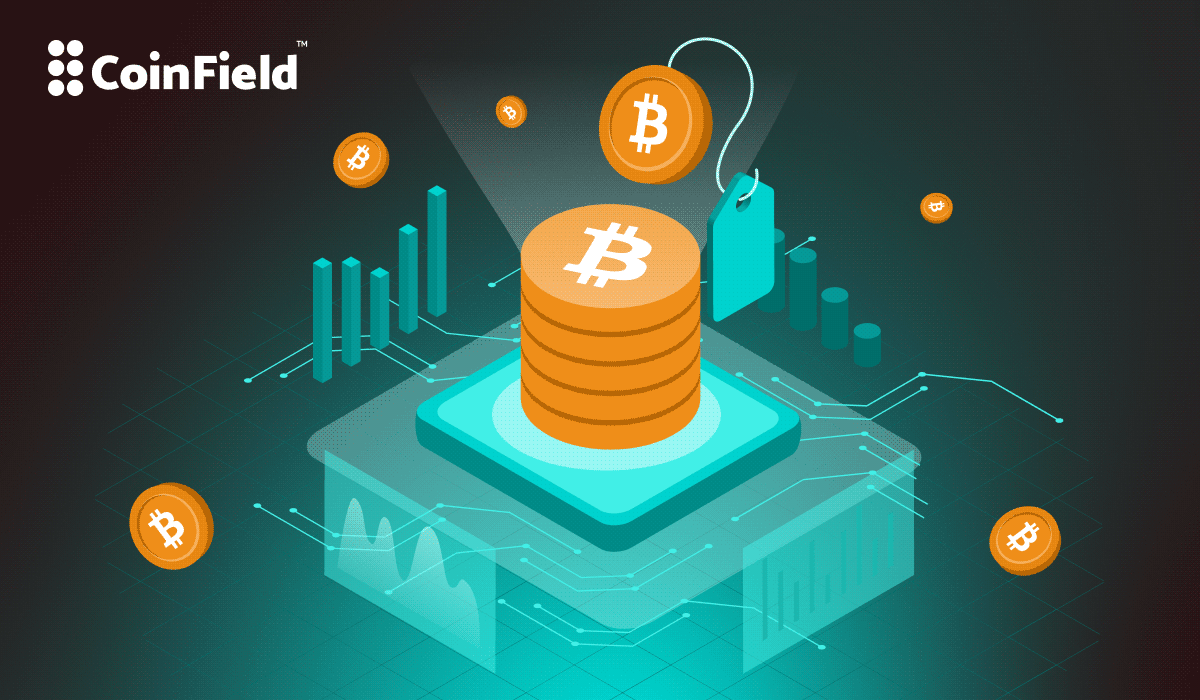 Bitcoin is known to be a revolutionary asset. Crucial understanding of BTC comes with learning how its price is determined. If you are a trader, crypto investor, or just curious to know more about the nuances of the way bitcoin works, this one is for you.

Over the years, world’s first cryptocurrency, bitcoin has created its own loyal fanbase – from celebrities, to entrepreneurs and economists – everyone is attracted to the digital gold for one feature or the other. Bitcoin has been around since 2009. If you got into the crypto market when the bitcoin price was $0.10 around October 2010 and invested with $1000, you‘d have been able to buy about 10,000 BTC. From the bitcoin price history, the all-time high is over $68,000 in November 2021. Imagine if you sell those 10,000 BTC at the peak, it would’ve been worth more than $680 million.

However, given its volatile nature, the bitcoin price in USD is now around $20,000, falling more than 60 per cent since November 2021. The low price of bitcoin could be one of the chances to gain value in the future, and an investment opportunity is in all kinds of different situations.

Last week, Michael Saylor, a Chairman & CEO of MicroStrategy (MSTR) was interviewed on CNBC and said that this is the ideal entry point to buy bitcoin. Also, a month before, Saylor made the bold prediction on the bitcoin price that despite the bear market, bitcoin is going to 1 million dollars, source cryptopotato.com.

With the current market, many investors might be in a panic mood, but Saylor sees bitcoin as the future of money, even right at the bear market and when the bitcoin price is in decline.

Investors recognise bitcoin as a digital asset because of its uniqueness and because it is possible to pay and improve their portfolio. The value of bitcoin and even altcoins can fluctuate widely within the hour, and just like any other stranded asset, the bitcoin price is affected by demand and supply.

Regardless of bitcoin’s price today, for the past 14 years, bitcoin has climbed exponentially in its value, starting at $0.10 and reaching its peak at $68,000. In 2019 – 2021 the bull market began as a result of youngsters investing via investing apps directly from their phones and the bitcoin whales holding thousands of bitcoins, adding massive growth to its value.

On top of that, the media and influencers have shown profound trust and support for bitcoin and the uprising NFT non-fungible token projects. Cryptocurrency news on the daily headlines drew massive interest from people around the globe.

Furthermore, bitcoin has only 21 million, and with such a limited supply and increasing mainstream crypto adoption, it makes sense that the price will continue to grow.

The bitcoin long chart shows a clear sign that the bitcoin price has gone up over time, and according to Bitcoin Future Price Projection by Imiblockchain.com, it seems that by 2030 bitcoin will be worth $300,000.

Bitcoin Price Changes Often and Is Not Easy to Predict

Bitcoin’s price is influenced by supply and demand, investors, government regulations, interest rate, media hype, and global events. These factors result in price volatility. When the demand for bitcoin goes up, the price also goes up, and the price will go down if there is less demand.

However, bitcoin has a unique advantage because of its restricted supply and demand. Currently, 90 per cent, which is 18.77 million of the total bitcoins, have already been mined, meaning only 10 per cent of the total amount of bitcoin is left to be created. When there is less supply and more demand, it will make these digital gold even more rare and unique.

More countries will adopt bitcoin as legal tender, even though there is no hard proof that this news directly affects bitcoin price. Still, bitcoin’s value rose when El Salvador became the first country to adopt bitcoin as legal tender. Imagine when there will be more countries accepting bitcoin for payments. How much value will it add value to bitcoin?

Additionally, Global crypto adoption grew by over 2,300% since the third quarter of 2019 and over 881% since 2020, the data released by Chainalysis.  Major institutional investors and notable financial companies began to support the cryptocurrency earlier in the year. Companies including Amazon, Starbuck, Microsoft, and Paypal started to accept bitcoin for payments. Adding to the list, Billionaire Elon Musk also believes that ‘’it would make sense’’ to integrate crypto payments on Twitter, according to Coindeck.

The main reason behind the bitcoin blockchain development was to help humans regain financial freedom, privacy, and security. In recent years bitcoin has made many people billionaires. Here are a few people that are worth mentioning.

Changpeng Zhao is the founder of Binance, and according to Bloomberg, Zhao’s net worth was $96 billion in January 2022.

Sam Bankman-Fried is the crypto billionaire who founded FTX. Starting in 2019, he was estimated to be worth $26.5 billion in October 2021 by Forbes.

Tyler and Cameron Winklevoss became the first billionaires in the crypto ecosystem, and Forbes estimates their net worth at $5 billion each.

Brian Armstrong is the founder of Coinbase, and has a 19% stake in Coinbase. It is estimated to be worth $10.4 billion by Forbes in January 2022.

Michael Saylor is the CEO of MicroStrategy Inc. His firm began acquiring the cryptocurrency in August 2020. Over time, Saylor has become a leading supporter of bitcoin, and by December 2021, Forbes estimates Saylor’s net worth to be $2.2 billion.

The bottom line is that the value of bitcoin and altcoins can fluctuate widely within a minute, and these crypto billionaires made their profits by investing in crypto. However, you should not support more than what you can afford and always remember to be responsible for your own risk.

Buy Bitcoin on a Trusted Platform

You can begin your crypto journey right now! CoinField is a regulated cryptocurrency platform with strict safety standards and has never been compromised. CoinField offers 2FA or two-factor authentication, a suspicious activity logger, CDN to prevent DDoS attacks, and end-to-end 256-bit SSL encryption to secure all communications from their web browser to their servers.

CoinField is relatively straightforward. You need to sign up with the free account and verify your account with a selfie, passport photo and proof of address. Once these documents are submitted, your account will be verified in less than 2 minutes.

For example, if you live in an EU zone, you can fund your account via SEPA or credit card. Deposit as small as €50 and go to quick trade, select the coin your prefer and hit the buy ”botton”. The transaction will go through instantly. You can download the CoinField app, or if you already have an account, you can just log in and trade cryptocurrency anywhere in the world.

The bitcoin price is determined by the demand and supply, market conditions, investor actions, news, regulation and influencers. Bitcoin price fluctuation creates the opportunity for investors to enter or exit the market and take a profit. Investors could buy the dip and go long, then sell bitcoin at a high price for profit.