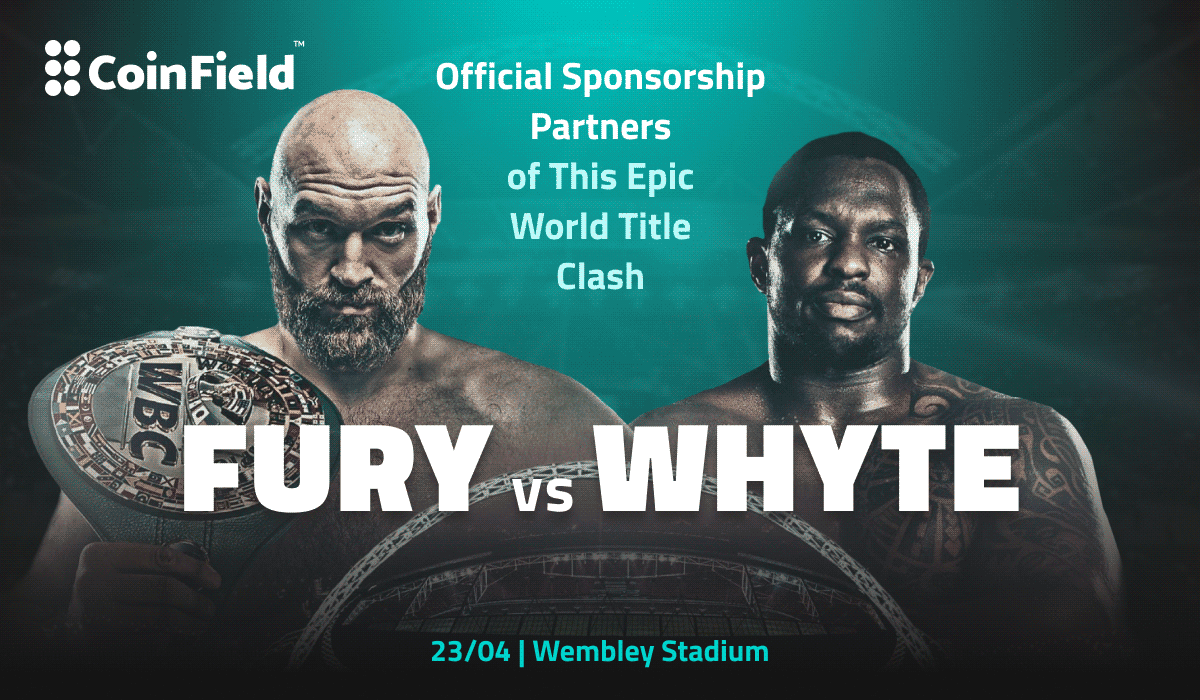 CoinField is an official sponsorship partner of the Tyson vs Fury World Heavyweight Title Clash. The boxing match will take place on Saturday, 23rd April at Wembley Stadium. We are excited to see what unravels in this exciting battle.

Ranked as the world’s fifth-best active heavyweight by the Ring Magazine, Whyte has formerly been trained in martial arts and kickboxing. He has reached his career-best ranking of No.2 at the end of August 2021 by BoxRec. His first amateur boxing match against Anthony Joshua, in 2009, Whyte won over three rounds. He has been the interim WBC Heavyweight Champion, all set to battle it out with The Ring Heavyweight Champion Tyson Fury.

Two time World Heavyweight Champion, Tyson Fury is a professional boxer. As an amateur, Fury represented both England and Ireland. Tyson made a professional debut in Nottingham, on 6th December 2008 and ranked up his way to become the World Champion in 2015. He has been a notable figure in the world of boxing.

Get every update of this World Title Clash 2022 on our Twitter handle.