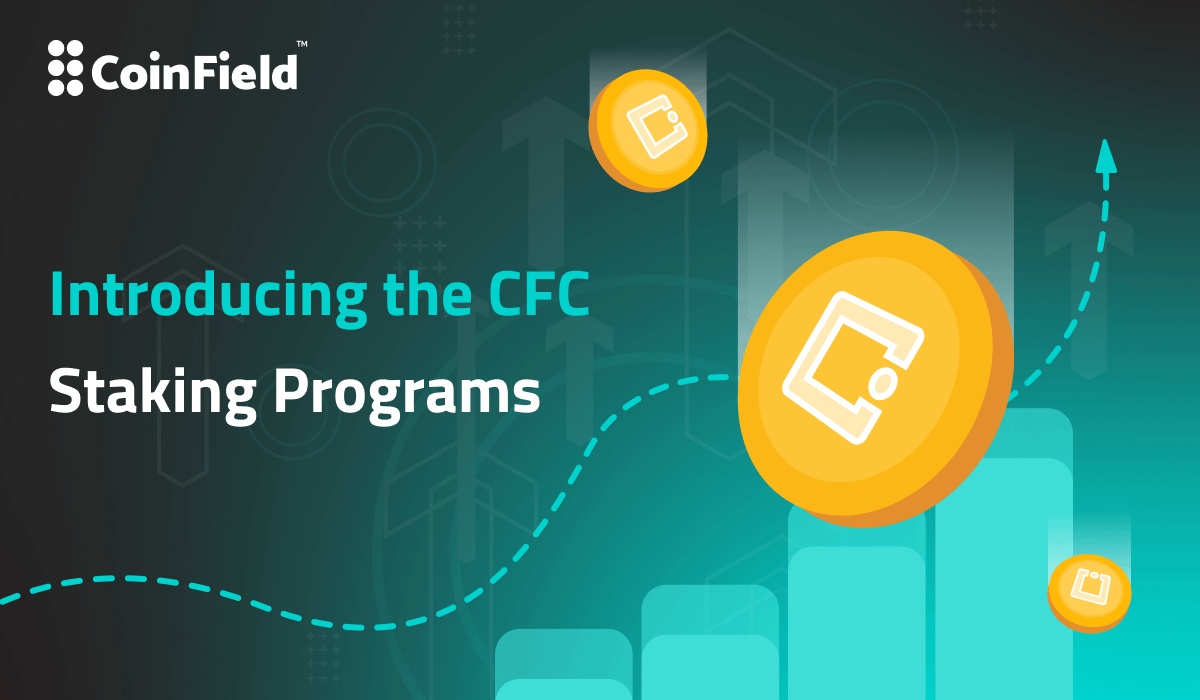 What Is the CFC Staking Programs?

The purpose of CFC Staking Programs is to grow the CoinField ecosystem directly, increase its global reach, and help to increase the value of the CoinField Coin (CFC) in the long term to protect all the initial holders.

For the CoinField ecosystem, CFC holders will get a trading fees discount of up to 50% and 20% off when purchasing CoinField Whitelabel or listing the new coins on the Exchange. CFC holders will earn more profit as they pay fewer fees.

The CFC Staking Program is exclusive to the CFC community. Loyal CFC holders who stake and lock their CFC holdings for a set period of time will receive CFC rewards. The rewards are distributed daily and range from 5% to 15% per year.

What Are the Rewards Percentage & Lock-up Time?

Depending on the programs, the rewards range from 5% to 15% per year, and the rewards are distributed on a daily basis. The reward calculation is simple interest, not compound interest.

Once Enrolled in CFC Staking Programs, Will There Be a Penalty to Remove the Funds?

There is no penalty for removing the funds from a “Flexible” enrolled program. However, users will lose all the rewards received on a daily basis up to that date. The penalty does not apply to “Fixed” programs as the funds are locked in the agreed period of time.

Anyone who holds a minimum of 100 CFC in their wallets has a CoinField Pro account and has passed KYC & AML can enroll with their desired amount of CFC into any of the programs and receive daily rewards transferred to the same locked account. If the funds are removed from the locked account, the users will lose all the rewards received on a daily basis up to that date.

**This program is not available to the USA and Canada’s residents, citizens, or legal entities.

What Are the Available CFC Staking Programs?

What Is the Size of the Rewards Pool for CFC Staking Programs?

The CFC Staking Program is a limited-time program, offering the rewards pool of 50M CFC. The reward pool would come from 15M CFC from IEO (including liquidity and operations),15M CFC from Manticore Labs CoinField Exchange owner, and 20M CFC from CoinField Community Fund. Once this amount is completely distributed, the program continuity will be evaluated and may be suspended.

CFC powers the CoinField ecosystem, and it offers a wide range of use cases for CoinField account holders. Traders can use CFC for trading and pay transaction fees, and CFC will be utilised for CoinField’s Exchange.

We expect that there will be mass adoption of users to trade, buy/sell and hold CFC on the CoinField platform. Significant benefits include discounts on any trading fees, game rewards, virtual gifts made strong use cases and attracting new audiences to buy, sell and hold CFC.