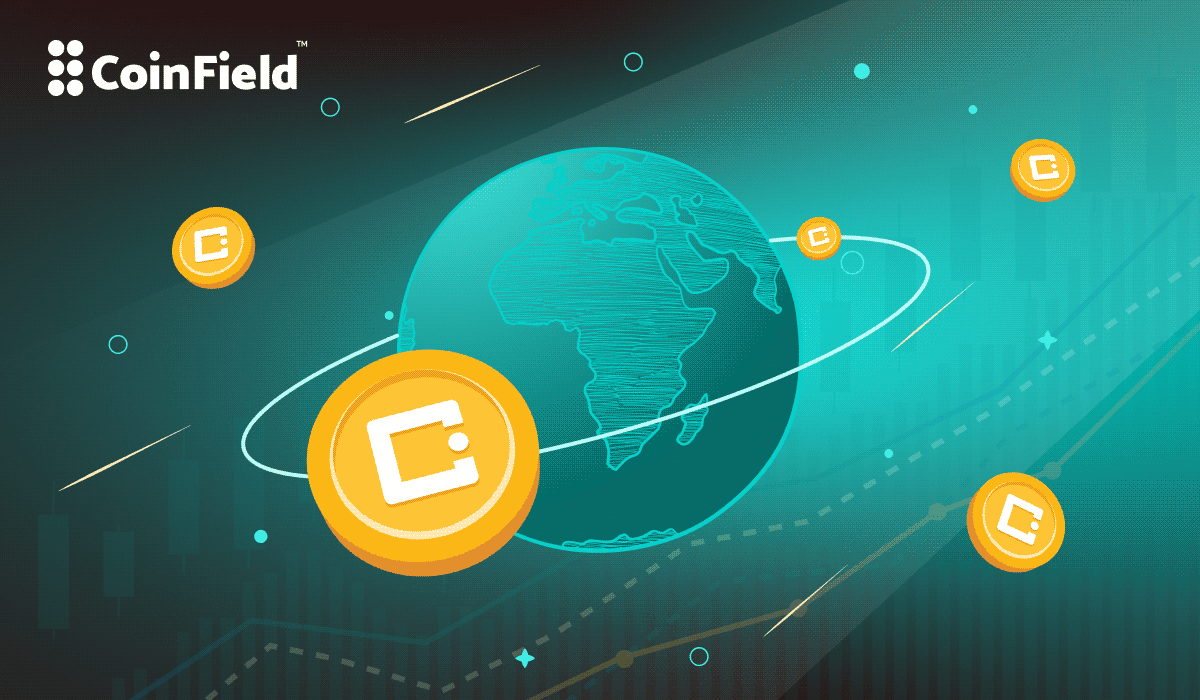 CoinField is launching its native coin called” CoinField coin” (CFC). It is making its way to the crypto market through an Initial Exchange Offering (IEO) starting on December 7th, 2021. CoinField existing users will be the first group who access the coins. CoinField coin can immediately be used as payment for transaction fees on CoinField cryptocurrency exchange. Paying transaction fees in CFC offers users a significant discount.

In this article, we’ll explore CFC’s origin, how to buy, benefit and how CFC will rise to the top.

CFC powers the CoinField ecosystem. CFC offers a wide range of use cases in which the most beneficial to the CoinField account holders. Traders can use CFC for trading and pay transaction fees. CFC will be used for CoinField’s Exchange.

We expect that there will be mass adoption of users to trade, buy/sell and hold CFC on our platform. Significant benefits include discounts on any trading fees, game rewards, virtual gifts made strong use cases and attracting new audiences to buy, sell and hold CFC.

The CoinField Coin (or Field Coin) will be a vital investment for current and future CoinField traders. It can be used to pay fees on the CoinField platform and distributed as a reward under our user programs.

In the near future, CoinField plans on exploring the NFT space as well as the GameFi domain. Our tech team plans on building a native blockchain, consisting of DEX and DeFis very soon.  With the CFC, you would be able to participate in our upcoming projects and grow your wealth.

Field will also be used on the Nwassa trading platform used by Tingo’s 9.3 million customers and related food and agriculture trading platforms. In the near future, CoinField will issue a credit card, enabling Field Coin holders to buy products at shops anywhere in the world.
CoinField will also issue Field on different blockchains to make its ecosystem interoperable with major crypto ecosystems. The CoinField development team plans to create its own Field blockchain. The chain will consist of DEX and DeFis.

The Field coin will be used to access the ecosystems of crypto and food production and is our way of putting the power of crypto to grow wealth and buying power together with the power of farmers to bring food to families.

One of the possible cases for food security that we’d like to provide is the tokenization of food crops, which can begin with rice. This project is at an advanced stage and will involve hundreds of thousands of farmers and demonstrably increase the wealth and food supply. It will include the bringing together of DeFi loans, stable tokens and tokenization of forwarding commodities contracts.

How to Buy CoinField Coin (CFC) During the Pre – Sale ?

2. Click on the ”CFC Pre-Sale” section from the left corner.

5. Review your order details. If everything seems good to go, click ”Confirm”.

CoinField Coin (CFC) value is driven mainly by limited supply and demand increased. The community behind CoinField is the driving force. CoinField coin will be officially launched in February 2022. CoinField works toward innovation and plans to build more opportunities for the traders and its users.

To stay up to date with the latest developments and news about the CoinField Coin, please follow us on Twitter @CoinFieldEX.