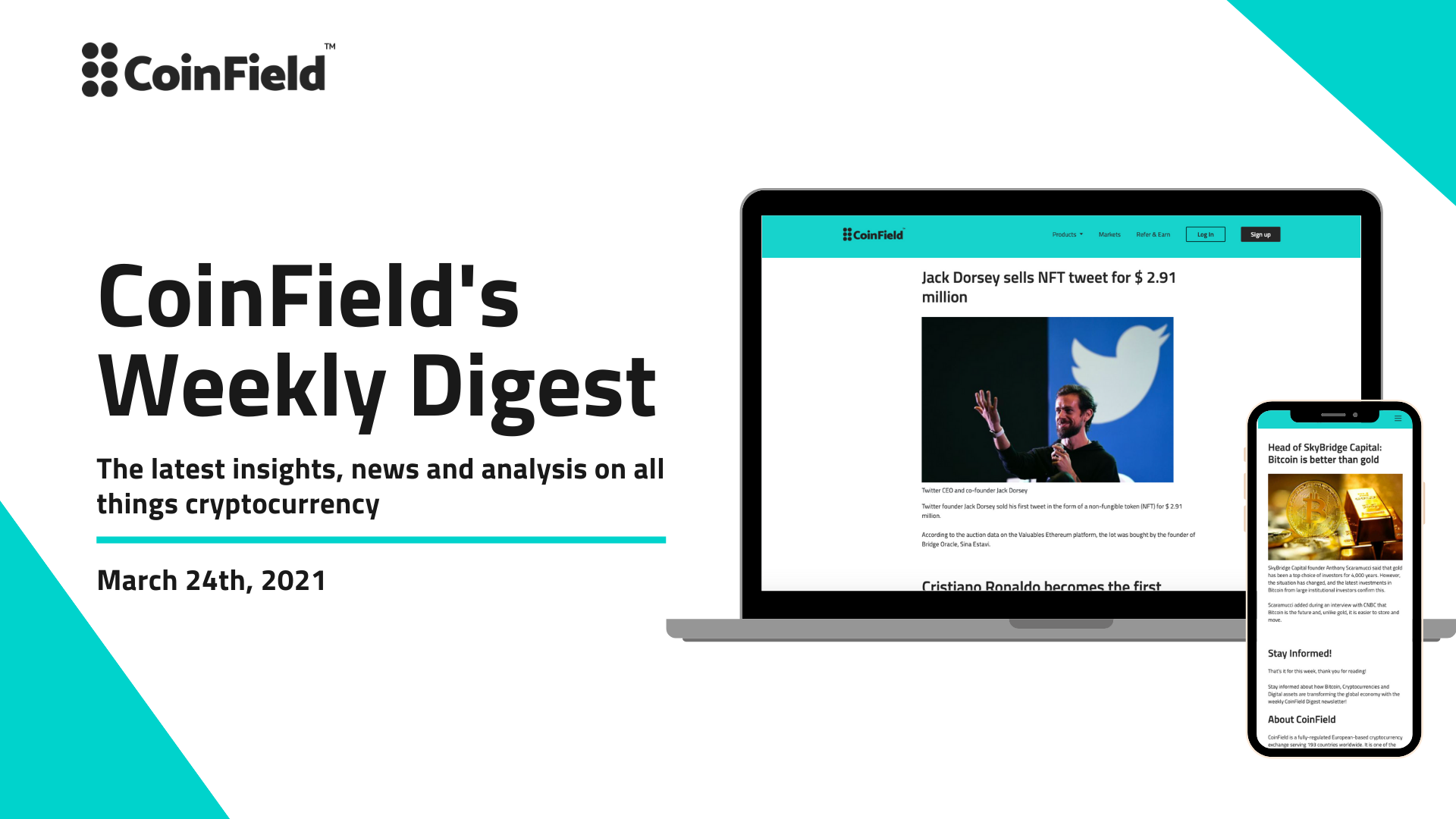 This week, the worldwide acceptance of Bitcoin continues to grow as cryptocurrency ATM installation increases and as banks and investment firms begin referring to Bitcoin as the new gold. Although, unlike gold it is easier to store and move. We also saw the adoption of cryptocurrency as a form of payment across multiple industries including sports and tech.

Let’s take a closer look at what happened in crypto this past week.

According to data from the Coin ATM Radar service, the number of installed cryptocurrency ATMs has increased by 21.8% since the beginning of the year.

Now new Bitcoin-ATMs are being installed at a rate of over 36 units per day.

The number of Bitcoin ATMs worldwide has more than doubled from the same period last year.

Coin ATM Radar data shows a significant growth in the first quarter of 2021, especially in the North American continent. The United States accounts for more than 80% of all Bitcoin ATMs, but the numbers show that this figure is growing in Europe as well.

Deutsche Bank says it is impossible to ignore Bitcoin

Analysts at the financial conglomerate Deutsche Bank said that the first cryptocurrency will continue to grow while attracting new large investors. The bank called the asset “too important to ignore”.

However, Deutsche Bank pointed out the low liquidity of Bitcoin as a problem and estimated that only about 30% of Bitcoin transactions are related to payment. For example, in 2020, there were 28 million Bitcoins hand changes, which is equivalent to 150% of all Bitcoins in circulation. In the case of Apple, 40 billion shares were traded annually, accounting for 270% of the total number of shares.

In addition, the average number of Bitcoins exchanged in US dollars per day is only equivalent to 0.05% of Japanese yen and 0.06% of British pounds.

Therefore, given the limited tradability, the bank expects Bitcoin to remain volatile.

Twitter founder Jack Dorsey sold his first tweet in the form of a non-fungible token (NFT) for $ 2.91 million.

According to the auction data on the Valuables Ethereum platform, the lot was bought by the founder of Bridge Oracle, Sina Estavi.

The Juventus star Cristiano Ronaldo became the first football player in the world to receive cryptocurrency for his career achievements.

According to Spanish outlet Marca, the club awarded him 770 JUV Fan Tokens ($JUV), one for each senior career goal scored.

Head of SkyBridge Capital: Bitcoin is better than gold

SkyBridge Capital founder Anthony Scaramucci said that gold has been a top choice of investors for 4,000 years. However, the situation has changed, and the latest investments in Bitcoin from large institutional investors confirm this.

Scaramucci added during an interview with CNBC that Bitcoin is the future and, unlike gold, it is easier to store and move.

That’s it for this week, thank you for reading!

Stay informed about how Bitcoin, Cryptocurrencies and Digital assets are transforming the global economy with the weekly CoinField Digest newsletter!

CoinField has one goal in mind: to make cryptocurrency accessible worldwide. Our mission is to take the crypto ecosystem to the next level by enabling everyone worldwide to participate in cryptocurrency markets in a fully regulated, efficient, and accessible manner.