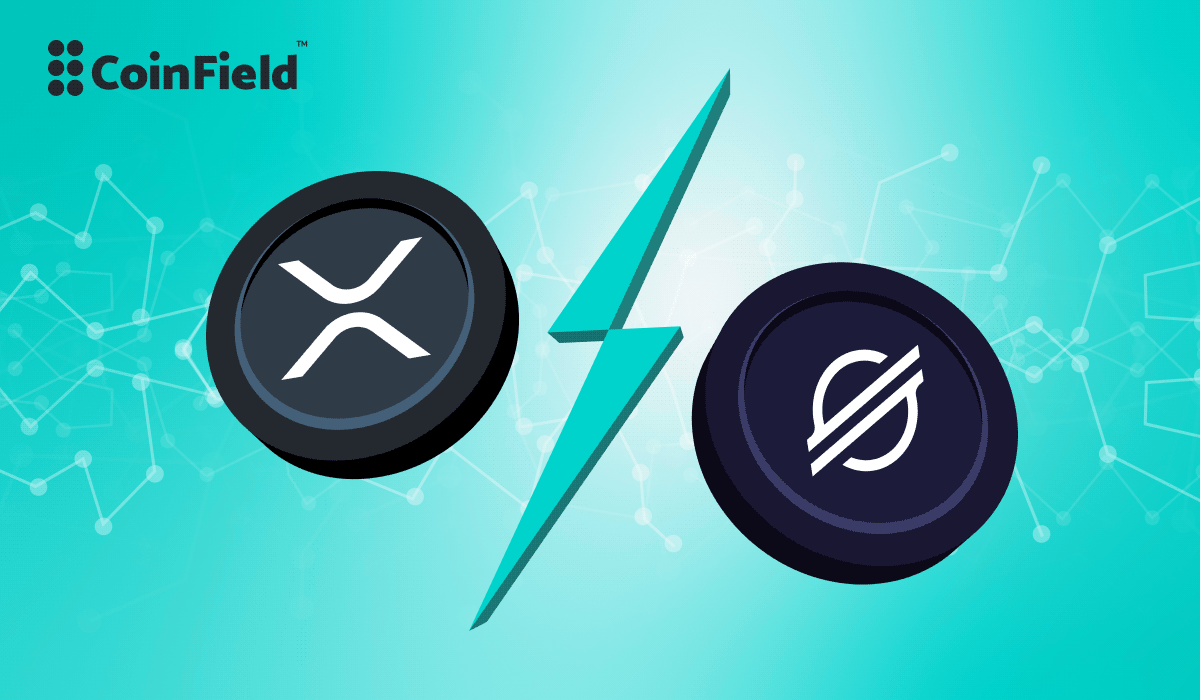 This article explores the key differences between two popular cryptocurrencies – XRP and Stellar Lumens, their blockchains and functions.

XRP and Stellar Lumens (XLM) are cryptocurrencies that can tremendously grow. The blockchain networks behind them, Ripple and Stellar, also share similar goals: to disrupt cross-border payments. With this in mind, we decided to look at both cryptocurrencies to see just how similar they are.

The same person, Jed McCaleb, founded Ripple and Stellar. Disagreements between the team at Ripple led McCaleb to leave, and in 2014, he forked the Ripple protocol and launched Stellar. While the two networks were born from the same code, they are very different.

Ripple is a privately-held, centralized company with a CEO. Stellar, on the other hand, is a non-profit, decentralized foundation.

While Ripple is a centralized entity, the XRP Ledger powered by XRP, an open-source ledger used to connect financial institutions to make global payments faster and cheaper.

Global payments can be expensive and time-consuming, but Ripple works with several institutions to make cross-border payments effortless. Ripple’s solution is XRP, which has minimal transaction fees and takes just seconds to transfer.

XRP is currently the fourth-ranked cryptocurrency by market cap. It has already been completed pre-mined. There are no miners or stakers in its ecosystem. The creators withheld 20 billion XRP while 80% was retained by Ripple to increase liquidity. To regulate the market, 1 billion XRP is released every month.

While Ripple aims to help banks and financial institutions, Stellar aims to help the world’s unbanked. According to the World Bank, 1.7 billion adults do not have a bank account. That means that 1 in 5 people don’t have access to savings, loans, or credit lines.

With Stellar, these individuals can access financial services through its blockchain. For example, people in unstable economic countries can hold Stellar Lumens or Stellar versions of fiat currencies such as the US dollar. It means the unbanked can have a secure place to store their money. Stellar has its built-in exchange, which makes this possible, but if someone wanted to exchange XRP for another asset, they would need to do so elsewhere.

One hundred billion Stellar Lumens have already been pre-mined, and Stellar increases supply by 1% each year, making Stellar inflationary. At the same time, Ripple’s XRP is deflationary (supply decreases as time goes on). From this standpoint, its price should theoretically increase over time if demand stays the same, while Stellar’s would reduce.

When it comes to functionality, however, Stellar seems to have the upper hand. The network supports smart contracts meaning that anybody can create their Stellar-based token to fund a blockchain project. This extra functionality adds more value to their system.

There are some misconceptions that XRP isn’t decentralized. While Ripple is a centralized company and owns many XRP, the XRP Ledger itself is entirely decentralized and open-source. If Ripple ceased to exist, XRP would still exist. You can read more about XRP’s decentralized nature on Ripple’s website.

While both the coins share similar goals to make cross-border payments cheaper and faster, they do so for very different reasons. Both process transactions in seconds and are solutions to the expensive and cumbersome payment options that currently exist.

While Ripple focuses on making transactions easier for financial institutions, Stellar has the individual more in mind. Both are necessary for the mass-adoption of cryptocurrency, which is why we are a fan of both.

You can trade XRP and Stellar Lumens on CoinField.