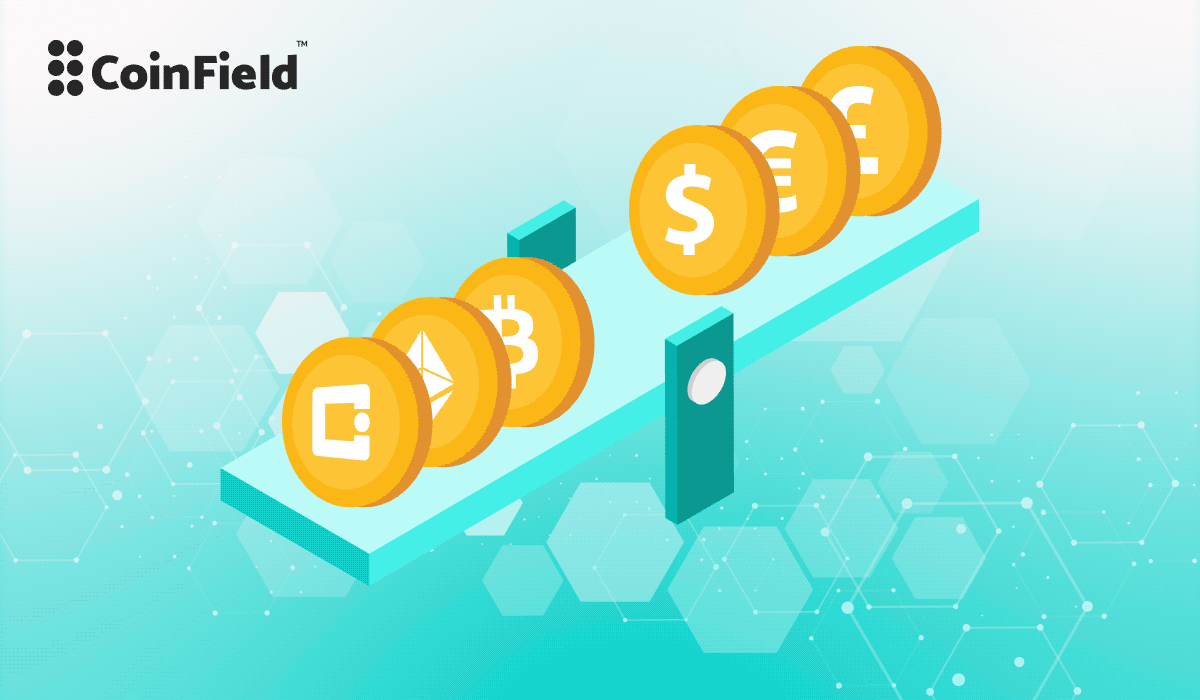 Summary: Digital and cryptocurrencies are known to be the future of money. Fiat, the state-banked traditional money, is believed to stay around and provide economic stability. What are the key differences between these two types of commodities? Let’s find out.

Cryptocurrencies and fiat are similar because they are both primarily used to make payments and are a means of exchange for goods and services. There are, however, a lot of differences. Cryptocurrencies have several advantages over fiat.

There are thousands of cryptocurrencies in existence today, but we will focus on bitcoin since it was the first and the most well-known.

The most significant difference between crypto and fiat is how the currencies are controlled. Fiat money is controlled by governments and central banks, but bitcoin is not controlled by anyone. The blockchain is decentralized. There is no ownership, no authority controlling its distribution, and no one to make chargebacks or cancel payments.

How Is Bitcoin Distributed?

Bitcoin is distributed through a decentralized distributed computing process called mining. No single authority owns it or controls it in any way. Computers solve mathematical problems, and when one is resolved, a new block of bitcoins is distributed. Each block has its own identifier called a hash. This means we can tell each block apart.

These blocks hold the data of hundreds of transactions. When one block is full, data is recorded in the next block in a “chain.” This is what a blockchain is, and all cryptocurrencies are built on one. The Bitcoin blockchain was the first, but Ethereum is the second-most popular due to its smart contract and decentralized application capabilities.

What Is the Blockchain?

The blockchain is a distributed public ledger where all bitcoin transactions are recorded. It cannot be tampered with or falsified in any way. When purchases are made, there are only two parties involved – the sender and receiver. There is no central authority, such as a bank, working as a middleman.

When someone makes a transaction, that data (amount, wallet address, etc.) is validated by computers called nodes. Thousands of these nodes spread all over the world, each with an exact “copy” of the blockchain. This means the data can’t be manipulated. A hacker would have to attack every single node at the same time.

While bitcoin transactions are not entirely anonymous, personal information about users is limited to usernames or digital signatures. There is no centralized database with account holders’ personal information like there is at a bank. Additionally, once a bitcoin transaction is made and validated, there’s no going back. A credit card company or bank could easily chargeback a purchase, cancel it or put a hold on it. With bitcoin, there is never any need to worry about that happening. The only time someone might worry if a payment was successful or not is during the 10-minute wait time for the transaction to be validated.

There will ever only be 21 million bitcoin in existence. A lot of that has been lost already through lost wallets and hacks, so the actual number of bitcoin currently in circulation is much lower, making it even rarer.

Fiat money is plentiful, and governments can choose to print more money when they see fit. This can lead to high inflation and the devaluation of money, which we have seen in many countries. Bitcoin, on the other hand, is deflationary. There can’t be more bitcoin mined whenever someone feels like it. Bitcoin has a “halving” every four years, which cuts the mined block size in half. Every time a new block is extracted, the size of that block is half the size it was four years ago. Blocks cannot be manipulated. Nobody can alter the block size, or decide to make bigger or smaller blocks. This is part of the Bitcoin protocol and it is inexorable.

Bitcoin As a Store of Value

Why does fiat money have value? Intrinsically, it doesn’t have value. It’s just paper, which is worthless. Fiat has value because governments say it does. They back it. Bitcoin doesn’t have a centralized authority backing it. Theoretically, its value could go to zero because there would be no government to bail it out if it started to lose value.

Bitcoin’s nickname is “digital gold.” Gold has intrinsic value. Many people believe that bitcoin is the digital version of it. As explained, bitcoin is rare, much like gold, and they can both be used as a means of exchange. As for intrinsic value, gold can be turned into jewellery or other objects, while bitcoin is intangible. However, its inherent value can be argued to come from its security and decentralized nature. Fiat money doesn’t have this same kind of protection. A centralized authority can print more or take it away, which means it is not secure.

Some people see bitcoin as a store of value rather than a means of exchange. Its transaction speed of roughly 10 minutes is long – nobody wants to wait in stores for 10 minutes for their payment to go through. If there is traffic on the network, it could take even longer.

Fiat money isn’t going away just yet. We are still in the infancy of cryptocurrency, but the potential is there. The more people who use crypto, the closer we can become to a crypto-only society. We don’t need to put our faith in governments and central banks to look after our money.