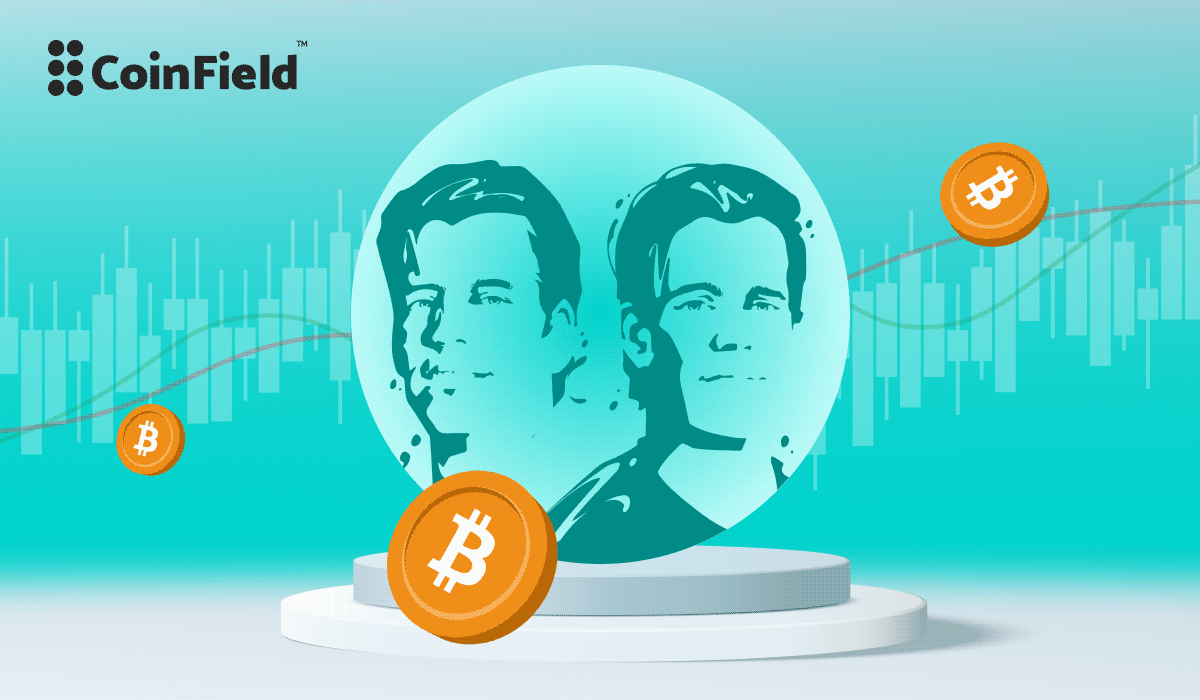 Brothers Cameron and Tyler, also known as the Winklevoss Twins, are the founders of the famous Gemini exchange, and among the most notable crypto personalities.

Cameron and Tyler Winklevoss, made famous when Armie Hammer played them in David Fincher’s The Social Network about their legal battle with Facebook CEO Mark Zuckerberg, are now substantial cryptocurrency advocates and internet entrepreneurs.

Here is how the Winklevoss twins went from Harvard Undergraduates to Olympians, to bitcoin billionaires.

Cameron and Tyler Winklevoss grew up in Connecticut and attended Harvard from 2000 to 2004. While there, they rowed in the men’s varsity crew team while studying economics.

When studying for MBAs in 2010, they rowed the Blue Boat for Oxford University in the Oxford-Cambridge Blue Boat race, an annual event since 1856. In 2008, the twins competed in the Men’s Pairs at the Beijing Olympics, coming in sixth place.

During their time at Harvard, they created the social networking site HarvardConnection, later renamed to ConnectU. They claimed Mark Zuckerberg, who was also a Harvard undergrad at the time, stole their idea and part of their code to create Facebook. They took him to court in a lengthy legal battle and ended up settling for $65 million. That money turned into billions.

After their Facebook payout, the Winklevoss twins took their $65 million and invested in Bitcoin.

In 2013, their holdings were worth $11 million when bitcoin was  $120 per coin. They announced they had used their bitcoin profits to book a seat on Virgin Galactic.

In the same year, the Winklevoss twins raised $1.5m in funding for now-defunct Bitcoin payment processor, BitInstant, whose CEO, Charlie Shrem, was sentenced to two years for money laundering.

In 2014, the twins launched Winkdex, a financial index that tracks the price of bitcoin.

In 2017, their holdings shot up in value to over $1 billion, making them bitcoin billionaires. Their holdings are still worth that today.

In 2017, Ben Mezrich wrote a book called Bitcoin Billionaires about the twins’ huge payoff in their bitcoin investment. There is a feature film adaptation underway.

In September 2018, Gemini received regulatory approval for the Gemini Dollar (GUSD), a stablecoin-backed 1:1 with the US dollar.

In May 2020, Gemini announced a partnership with Samsung, in which Samsung Wallet users could link to their Gemini accounts.

In July 2020, Wealthsimple announced a new crypto trading platform for its users, in partnership with Gemini’s custodial services, which offer $200m in insurance coverage.

The Winklevoss twins may have had their Facebook idea stolen, but they became billionaires anyway.

You can trade Bitcoin on CoinField against the trading pairs USD, GBP, CAD, EUR, AED, JPY, XRP, USDT, and USDC. Sign up for an account today!