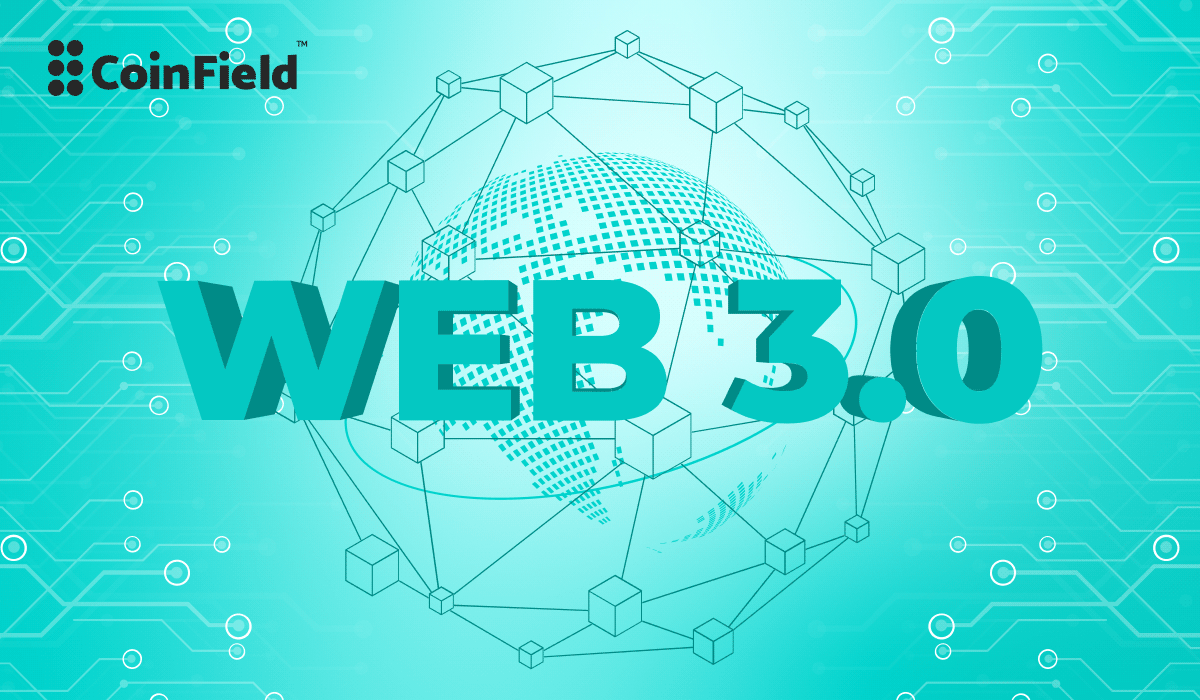 Web 3.0 is bringing in a new phase of the internet with blockchain and crypto economy. Let’s discuss the story so far and understand where it is going next.

There is something exciting happening: Web 3.0. It’s the next phase of the internet; something which can give control back to the user, where people aren’t treated as commodities, and where the internet evolves into something more transparent and fair. To understand this shift, it’s necessary to examine previous iterations of the internet: The Web 1.0 and 2.0, respectively.

The internet is arguably man’s greatest invention and while many of us remember life before it, it’s difficult to imagine life now without it. When was the last time you used a phonebook to find an address or a number? When was the last time you sent a fax? Developed a roll of film? Used a CD player? These things are practically obsolete thanks to the internet, but it wasn’t always like this.

The Web 1.0 was a simple time when web pages were static, offered little interaction, and took forever to load. Even connecting to the internet took at least a whole minute. There was very little to browse, not much to look at, but it was the start of something great. Something we know as the Web 2.0.

The Web 2.0 is the internet as we know it today. When most people think of the internet they think of a place where any content can be posted, shared, and stored. It’s a place where people can freely publish and consume almost anything. As long as it’s legal, people are free to read and publish what they like. However, the positives of Web 2.0 come with negatives.

In recent years, the internet has become a tool for companies to collect and sell personal data about everybody that uses the internet. Companies use this data to promote consumerism by selling this data to other companies. While data protection and privacy has been a talking point in recent years, and changes to how companies can collect data have come into effect, particularly in the EU, laws and regulations don’t change the fact that information online is controlled by centralized authorities.

What Is a Centralized Authority?

Those files people upload to Dropbox? They’re relying on Dropbox to keep their files safe, to not share them elsewhere, or allow other users to access those files. What about those pictures people share on Instagram? They are relying on Instagram to keep them safe on their servers. Or what about Google? Every time someone searches for something, Google stores that tiny piece of data, cross checks it with a product a company is selling, and then uses this information to sell that person stuff on almost every web page they visit in the form of ads. Through this process, everybody except the person whose data it is pockets the advertising money. This shows that companies have control, not people.

The Web 2.0 went from an internet where people could access and interact with content like never before, to a place where in addition to that, companies can now collect every bit of data they legally can and sell it to the highest bidder. So what’s next? The Web 3.0 is the next phase of the internet and most people haven’t noticed that it’s already coming into effect. Someone who trades cryptocurrencies has probably heard of the terms decentralized and blockchain, and these terms are the essence of the Web 3.0.

Banks know everybody’s financial habits. They know how much money someone has and what they spend it on and when. Imagine a bank getting hacked and all the records and details of every single customer taken or exploited. Accounts could be drained, and people’s spending habits could be used against them. Currently we put our faith and trust in banks to secure these details for us and it’s a risk that we have no choice but to take, since every bank uses this kind of centralized system. If, however, there was a decentralized system and financial transactions were anonymous, that would be more secure, wouldn’t it? Well that’s exactly what blockchain technology does.

Not only is trading of cryptocurrencies on a blockchain secure, it’s also transparent, fast, and cheap. Think about the extortionate fees a bank charges to send money abroad, the time it takes, and the details they require such as account numbers, IBANs, account holder names etc. This method is slow, cumbersome, and expensive, but there’s a far superior method out there. Cryptocurrency isn’t quite the norm yet, but it will be, at least it should be, and it’s because of the foundation its built on – blockchains.

What Is a Blockchain?

A blockchain is a ledger – a list of records not controlled by one single authority, but rather a network of individuals adhering to protocol. It’s a peer-to-peer network. Each individual, independently-connected computer is called a “node’ and there are thousands of these nodes helping to operate blockchains. There isn’t one central authority keeping track, therefore it’s incredibly difficult to hack.

On top of this, instead of giving out bank account information, a person only needs to give a wallet address to receive cryptocurrencies. This hashed address is derived from a person’s private key, which is a large, complicated number. It isn’t possible to steal crypto from someone using only their public wallet address. Additionally, blockchain transactions are permanent and cannot be tampered with. This prevents fraud and means the blockchain is a transparent and secure place to trade digital currencies.

The Bitcoin blockchain was the first, and is the most well-known blockchain. It keeps a record of every Bitcoin transaction made in the world, and all cryptocurrencies operate on a blockchain. At CoinField, we operate on the XRP Ledger.

Blockchain technology is the basis for the Web 3.0 because it’s secure and anonymous. When people are able to remain anonymous on the internet, it stops companies like Facebook or Google from collecting data and selling it. When something is decentralized, there’s not one owner, which makes for a fairer, more transparent system. It would be empowering for people to control the content on the internet instead of relying on owners of websites to keep content live and published.

Take for instance the decentralized cloud storage platform Sia. They have launched Skynet, a blockchain-based web hosting platform, which uses peer-to-peer file storage. Anybody can upload a piece of content to the internet, and that content will remain online forever as long as just one person “pins” it. It’s a way of giving internet users the ability to control what’s online, something which people think they already have control of, but they actually don’t.

On any given Web 2.0 website, an article can be removed by the website owner whenever they want, but Skynet, a Web 3.0 service, is a way of ensuring content is not at the mercy of one company or person. This decentralized system gives the power back to people, giving them control of what stays online and what doesn’t. It does, however, remain to be seen how Sia plans to deal with illegal content.

The Web 3.0 will allow internet users to control how much of themselves is online and therefore how much data companies can extract from individuals. The Brave Browser is a great example of a blockchain-based Web 3.0. It works like Chrome or any other search engine except it’s faster and doesn’t track user activity or location. This avoids users being bombarded with advertisements. What’s more, users are rewarded for their visits to certain websites and are paid for their attention in the cryptocurrency BAT. It’s completely anonymous too, so no one will ever know what websites users have paid the most attention to.

The Web 3.0 is pro-privacy, pro-anonymity, pro-transparency, and much more. It’s a fair system, one which allows people to take control of their own data, and helps people rest easy knowing their assets are secure and protected.

At CoinField, we believe that cryptocurrency is just one element of Web 3.0 and that there are many benefits to a blockchain-based internet. We want to encourage the mass adoption of cryptocurrency and build trust in blockchain technology. Web 3.0 is exciting. It’s an internet revolution, and it’s happening now!

We do not intend this article to be investment advice, and we encourage users to conduct individual research on cryptocurrency. This article is for informational purposes only.