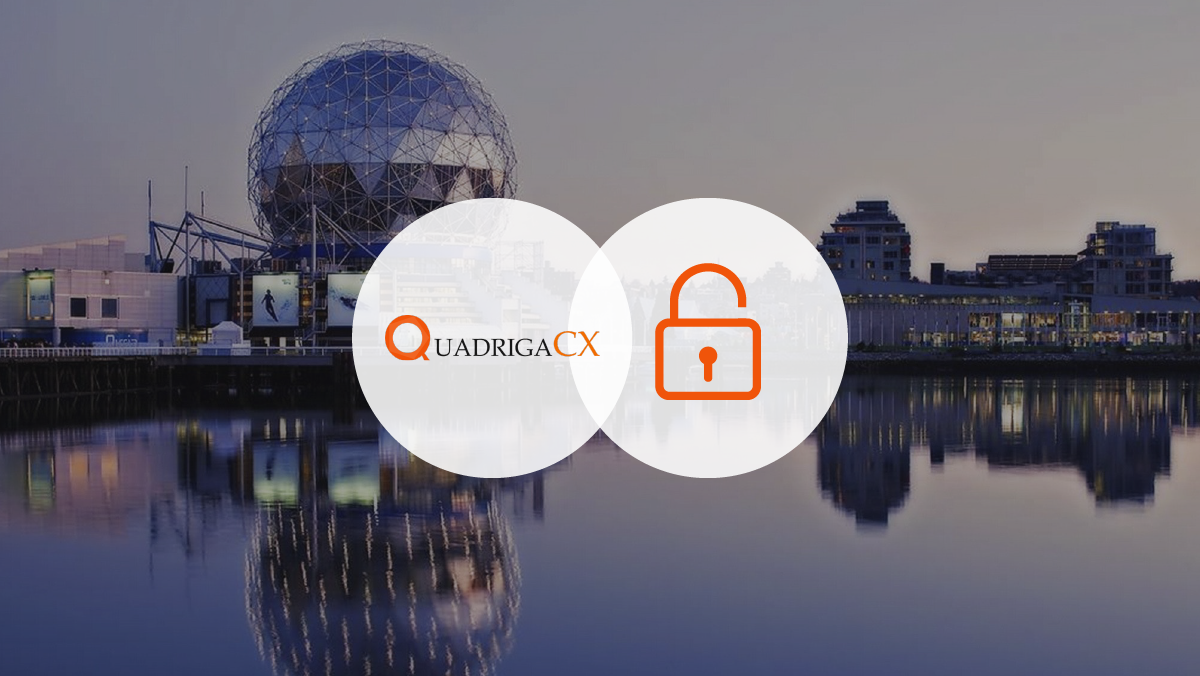 In the last couple of years, we’ve seen crypto headlines pop up week after week talking about recent hacks and scams detailing the failures of numerous crypto exchanges that have gone on to lose people’s hard-earned money.

Among the top of the list of exchange hacks in 2019 are BitThumb (30 Million), CoinRail (40 million), and Zaif (60 million) to name a few. However, the most scandalous report in recent memory is the incident that occurred at Canadian Based Crypto exchange, Quadriga CX (190 Million).

At the time of the scandal, Quadriga CX was recognized as the biggest exchange in Canada, as they were responsible for an estimated $190 million of client funds.

On January 14th, the 30-year-old CEO, Gerald Cotten died suddenly from Crohn’s disease during a honeymoon in India, and for reasons still unknown, he was the only person who had access to all $190 million stored on the exchange.

The sudden death of the CEO seemed suspicious due to the nature of the illness and his age. However, if you look behind the scenes at Cotten’s activity in the 12 months prior, it may shed some light on what was going on. Investigations have shown the exchange was experiencing financial difficulties as they lost a large number of client funds, and in Jan 2018, CIBC froze 30 million of Quadriga’s funds since it could no longer identify the owners. As a result, Quadriga had to freeze client accounts, causing people to lose access to their funds, the first signal of loose financial security.

Shortly after the death of Cotten, the public learned that the CEO was the only person with access to the $190 million in funds supposedly “locked” in cold storage. However, an investigation by Ernst & Young showed the cold wallets held a minimal amount of crypto and that the funds had passed through the cold wallets and sent to alternative accounts at other crypto exchanges. Some investigators believe that the funds exist under fake names on multiple exchanges, making it nearly impossible to identify the whereabouts of Quadriga CXs initial client funds.

What CoinField does differently

CoinField fully understands the importance of securing client funds, and we take that very seriously. On the exchange, CoinField employs Multi-Signature wallets that require multiple keys to authorize any digital transactions between accounts, and 2-factor authentication, to assure the second layer of security for each client. Similar to QuadrigaCX, we store client assets in cold storage = the safest way to store crypto, as it’s off the grid and inaccessible without private keys.

The way we manage our funds, however, is much different.

CoinField manages client assets in a much different way, so you don’t need to worry about your hard-earned crypto being transferred and used on various exchanges under aliases.

CoinField has multiple parties that have access to the funds, so in a worst-case scenario, we would never leave our investors in the dark and scratching their heads as to where all their hard-earned money had gone.

Quadriga CX is a story that has brought nightmares upon the entire crypto industry. Each day we dedicate to making sure this disaster never happens again. The most important lesson learned is to always do your research before trusting your financial assets with another party, and if necessary, to store your assets in a cold storage wallet.