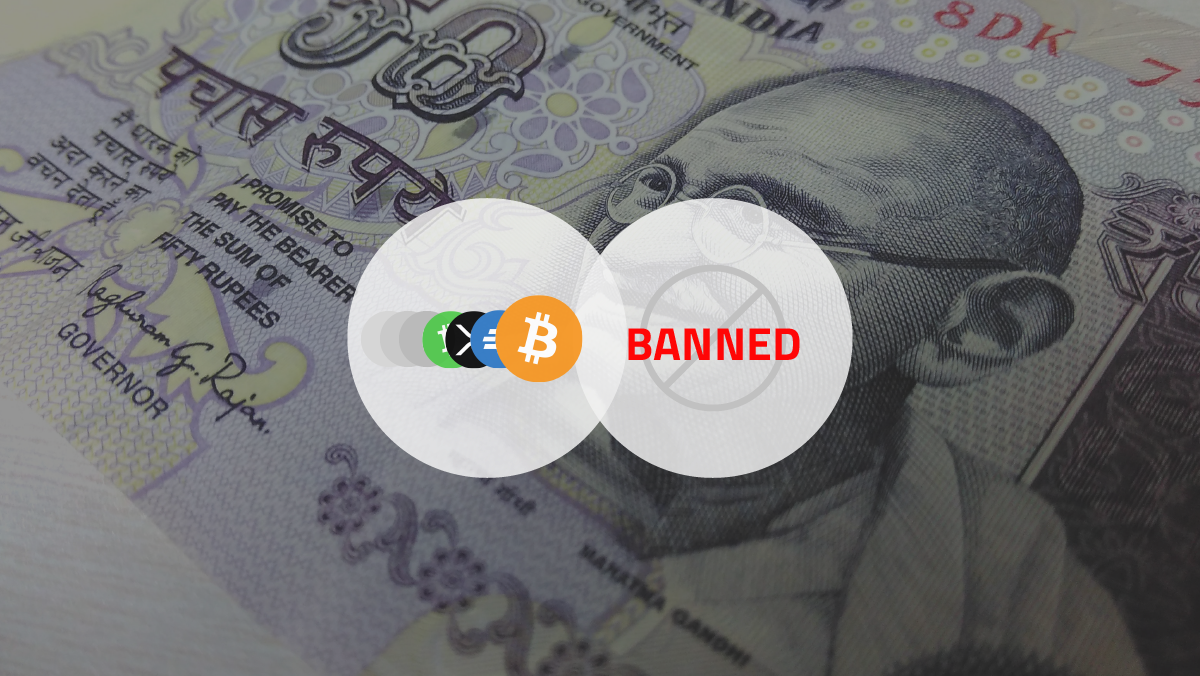 In November 2017, an inter-ministerial committee was formed by the Government of India who recommended the ban of cryptocurrencies in India. This panel comprised of representatives from the Finance Ministry, the Reserve Bank of India (RBI), the Securities and Exchange Board of India (SEBI), and market regulators. Subhash Chandra Garg, Secretary of India’s Department of Economic Affairs, was chosen to head the committee.

The report submitted by the committee recommended a ban on any “non-sovereign” currencies. That meant mining, generating, trading, and holding of cryptocurrencies or using it as a legal tender is considered as an illegal activity.

Last year in April, RBI issued a notice to all the Indian banks to stop dealing with any cryptocurrencies. The virtual trading of currencies done through peer-to-peer networks is still legal, but this status is soon going to change.

Some of the concerns highlighted by the committee were as follows:

Even with all the criticism, the proposal also talked about the government launching their Digital Rupee and Foreign Digital Currency. They are still consulting the Central Board of the Reserve Bank to understand the viability of using Digital Rupee as a legal tender, which will be governed by the Reserved Bank. They are also in the process of creating a Foreign Digital Currency to be recognized as the official foreign currency of India.

The report also talked about using technology or processes to use cryptocurrencies for research, experiments, or to instruct people about the restrictions around the usage of cryptocurrencies.

This report shows that the government is somewhat warming up to the idea of using blockchain and Distributed Ledger Technology that would be used to improve the current financial services. All these changes are still in the works. They might take more time than expected to be implemented.